Biofuel is a renewable energy resource produced from organic matter and waste, materials collectively known as biomass. Compared to other options, biofuel is eco-friendly and more renewable (Biofuels explained – EIA). Ethanol and biogas are just two types of biofuel, but there are many more in use today.

Ethanol is produced via the process of gasification. The sugars and starches from products with high concentrations of carbohydrates (such as corn, wheat, and sugarcane) are fermented to generate a synthesis gas which can be converted to ethanol and other fuels.

To answer the obvious question, yes, the ethanol is in fact the same alcohol found in beer and wine (Biofuels Basics – NREL). It can be blended with petroleum-based fuels at levels of up to 10% or used on its own. Some flex-fuel vehicles can also run on E85, which is a fuel alternative with a much higher ethanol content than regular gasoline (up to 85% ethanol). Biodiesel can be produced from fats, greases, and vegetable oils and similarly blended with traditional diesel (though usually only in small amounts) (Biofuels – Shell). In all cases, the ethanol content reduces the fuel’s output of carbon monoxide and other harmful emissions.

Biogas is another type of biofuel and is produced from the anaerobic decomposition of organic matter. It is a colorless gas primarily composed of methane. Landfills are among the locations where the biomass needed to produce biogas is found in large quantities. Landfills contain massive amounts of organic matter that gets broken down by anaerobic bacteria. To make use of their biogas byproducts, the gasses must be captured before they escape into the atmosphere. After the carbon dioxide, hydrogen sulfide, and other harmful gases are removed, the purified methane can be used as fuel just like any traditionally-sourced natural gas.

Similar to landfills, some dairy farms also use waste to produce biofuel. Cows are top producers of harmful greenhouse gases – they get released when the animals burp, pass gas, or defecate. Not all of these emissions can be captured, of course, but the cows’ solid waste certainly can. The dairy farmers place cow manure into anaerobic digesters where the bacteria can do its work. The resulting biogas is stored and used in much the same way seen at landfills.

Before this biofuel can be used to generate electricity, it must be treated using removal media or other purification systems. Hydrogen sulfide is a naturally-occurring compound that gets generated by the bacteria alongside the beneficial biofuel. That hydrogen sulfide, as well as a few other trace contaminants, must be removed before combustion. Burning them would degrade the motor and release harmful emissions into the atmosphere.

Biofuels are great replacements for fossil fuels, since they are both renewable and cleaner-burning. The past few decades have seen them expand in popularity by leaps and bounds. The benefits aren’t purely on the environmental side, though. Farmers, ranchers, and landfill owners, among others, have been able to increase their profits by diversifying into the realm of biofuel production (Economics of Biofuels – U.S. EPA). As the world’s energy-production capabilities lean further away from petroleum, biofuels are set to become ever more important.

Interra Global is an industrial material trading company focused on the desiccant industry. We provide customers around the world with material sourcing solutions. 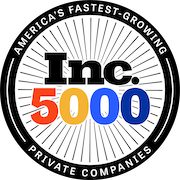